Find out how the Toronto Star covered Toronto in 2011. Discover where the newspaper covered local news in the city and examine the types of stories the newspaper reported on in each ward.

Use this map to:
–Identify areas of the city that were mentioned in the news and areas that were ignored
–Examine how much coverage individual wards received and what type of news dominated the coverage (crime, sports, etc.)
–Examine what types of stories make headlines (scroll down to see the bar chart or click here)

To use this map:
–Each reference to geographic locations referenced in Toronto Star stories and photographs is indicated by yellow points, lines and polygons on the map. Click any of these features to see more information about the stories that referenced the location
–The blue lines represent City of Toronto Ward boundaries. Click inside any of the wards for a breakdown of what news topics were covered in the ward
–Zoom in and out to see locations in your neighbourhood that received news coverage
–Use the Visible Layers menu to turn on and off the various elements of the map such as ward boundaries and story references to city areas such as parks and neighbourhoods, street/transit lines, and dots that indicate specific addresses

The geographic patterns of news coverage also vary by topic. The map showing the places mentioned in arts and entertainment stories and photos, for instance, looks different from the map of crime coverage. To explore the geography of news coverage by topic, click on the following links for the five most frequently mentioned news categories in the Toronto Star.
1. Arts & Entertainment
2. Sports
3. Crime & Policing
4. Municipal Politics
5. Business 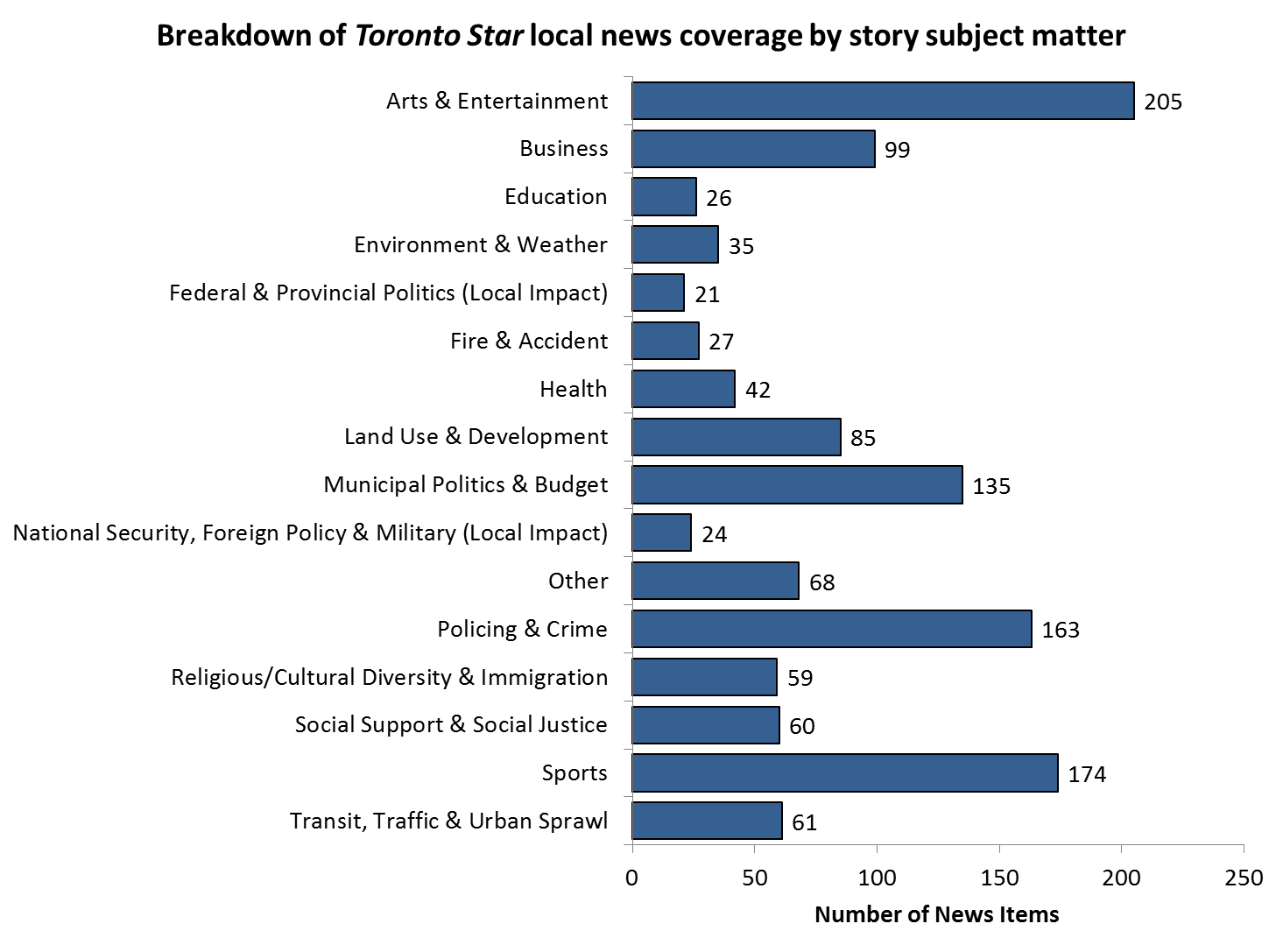