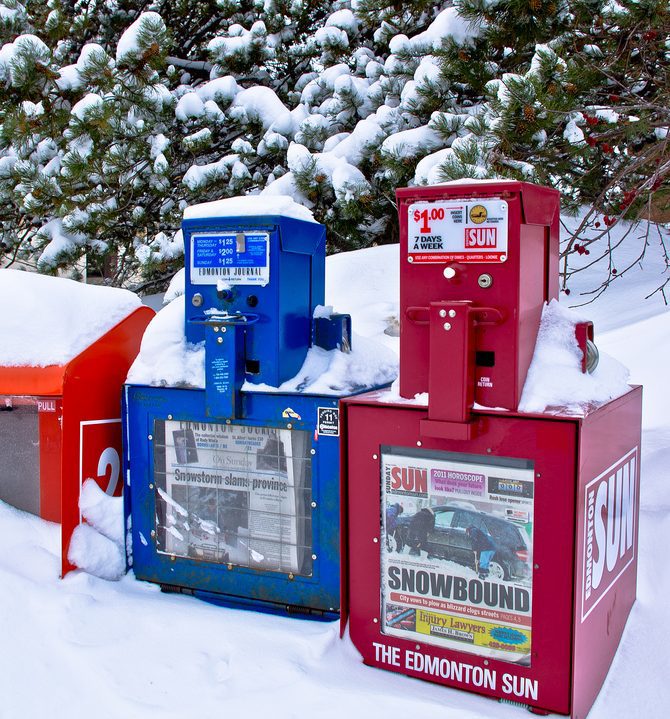 A new online survey is asking Canadian journalists working for newspapers with a print circulation under 50,000 to provide information about how their newsrooms are managing and adapting to the turbulent times.

Ryerson journalism professor April Lindgren and the not-for-profit National NewsMedia Council – an alliance of the former provincial press councils – are conducting the research. Questions on the survey deal with everything from the number of reporters on staff and journalists’ perception of job security to the use of social media and the major challenges facing local newspapers.

“We are interested to see how small-market newspapers are faring,” said Lindgren, who runs the Local News Research Project at Ryerson’s School of Journalism. “Past research that we have tends to treat the newspaper industry as monolithic, when in fact we suspect there are major differences between what is happening with bigger metropolitan newspapers and small-market newspapers.”

Statistics from the Local News Map produced by Lindgren and the University of British Columbia’s John Corbett point to a sector in decline. The 238 markers on the map documenting the loss of local news outlets since 2008 include 212 newspaper closings in 164 communities. Most were community newspapers that publish fewer than five times per week. 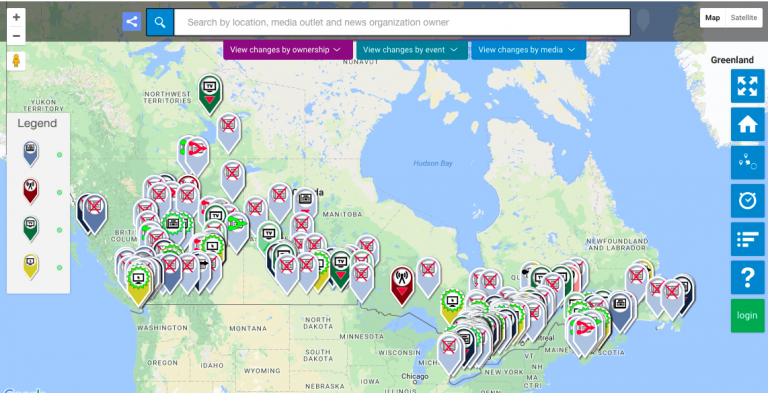 “We know from the Local News Map that there has been a high mortality rate for small-market papers, so the question is, ‘What is life like for the people working at the remaining publications and how do they see their prospects?’” Lindgren said.

Not everyone is writing newspapers off, she noted. In December 2017, Alberta-based Star News Publishing sold the Prince Albert Daily Herald to a group of employees led by publisher Donna Pfeil. Similarly, former employees in some cases are getting into the publishing business as Transcontinental sells off its weekly newpaper portfolio.

“These employee buyouts – admittedly there are just a few – make me wonder if they know something we don’t know about the viability of a smaller publication,” Lindgren said. “To what extent are there differences in what’s happening to the small-market papers versus the larger players?”

The questionnaire, which is based on a similar survey of 420 respondents conducted in the United States between November and December 2016, includes additional queries about newsroom diversity, ethics education, and efforts by smaller-market newspapers to engage audiences through events such as town hall meetings and the creation of community advisory boards.

Brent Jolly, the director of communications for the National Newsmedia Council, says the ethics questions in the survey explore how journalists access information regarding ethical issues and social media in particular.

“We want to get an idea of how journalists are using ethical guidelines and what shapes their opinions on ethics,” Jolly said. “The second part is asking how familiar journalists are with ethical conduct relating to social media. As an organization that looks at designing best ethical practices for journalists, it is useful for us to understand where journalists are going to be informed (about) the guidelines we establish.”

Lindgren said the research team will be encouraging journalists who work for ethnic newspapers to respond to the survey in particular.

The Canadian data will be compared to the results of the U.S. questionnaire, as well as results from Spain and Austria where the survey is also being conducted.

Jolly says the survey is designed to address gaps in knowledge about the situation in Canada: “Canada is not the United States. We have our own geographical limitations and challenges of being a country of many communities. While there is a lot of documentation and data from the United States, Canada is lacking in terms of numbers that Canada can statistically relate to and use to develop an answer to why local news matters to Canadians.”

The U.S. study, which included in-depth interviews in addition to the survey, painted a picture of local newspaper journalists as hardworking, surprisingly optimistic about the future of the industry, and eager to know more about emerging digital tools for storytelling. That said, respondents also identified a number of key challenges for the sector, including:

“We’re eager to find out how the Canadian environment for smaller-market publications compares to the situation in the United States and eventually in Spain and Austria,” Lindgren said. “The media environments are different in different countries. So is the experience different across the board?”

The Canadian survey responses will be released later in 2018. The results will be made available via social media and on various websites including that of the Ryerson Journalism Research Centre, the National NewsMedia Council and the Local News Research Project.

This article was originally published on the Ryerson Journalism Research Centre. Read the original article.